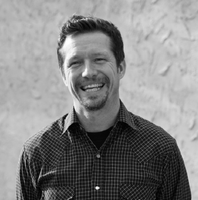 Joshua Poe is a nationally recognized city planner, data journalist, community organizer, and movement geographer.  He started in grassroots organizing around housing, labor, and economic justice.  Mr. Poe has a B.A. in Political Science from Berea College, and an M.A. in Urban Planning from the University of Louisville.  In 2017, he authored and published the interactive storymap, Redlining Louisville: The History of Race, Class, and Housing in Louisville, KY, which received recognition from Harvard's Kennedy School of Government.  He is a pioneer in documenting and exposing intentional city planning as a weaponized tool for denying Black people land ownership and access to generational wealth.  His work on the history of city planning, inclusive design and equitable development makes him a nationally featured speaker.  Mr. Poe is currently working on developing equitable development strategies, organizing around anti-gentrification efforts, creating new funding models, and addressing root systems of power to create sustainable social change.

This presentation will explore the legacy of structural discrimination through federal housing policies and the far-reaching impact they have had on social determinants of health and economics.  The presentation will explore how early 20th century housing policies and the profession of city planning were intentionally weaponized to isolate Black communities, create a permanent caste system, and prevent access to jobs, housing, capital, and the accumulation of generational wealth.  The presentation will also discuss how the legacy of redlining is furthering current gentrification patterns, along with strategies for policy development to create equitable urban development and justice-based philanthropy.  (Lunch will be served.)